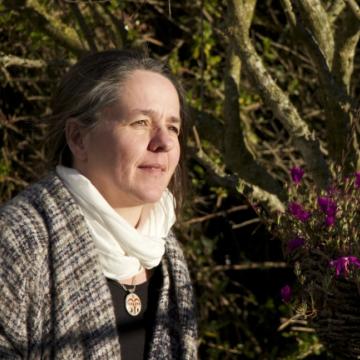 As researcher at Universidade NOVA de Lisboa – MARE Centre, Mônica is founder and coordinator of the Ocean Literacy Observatory (OLO), and lecturer/advisor for Master courses in Environmental and Educational Sciences and for the PhD Programme in Environment and Sustainability. With both a BSc in Pure Mathematic sand a MSc in Mathematics Education at PUC/São Paulo/Brazil, Mônica has later on moved to Portugal in 2001, where she has worked on European projects in technological education: ModellingSpace (IST-2000-25385) and DALEST (224269-CP-1-2005-CY-MINERVA-M), and was awarded a PhD grant in Science Education focusing on socio-anthropology of space. In 2011, she was principal researcher of  Urban Boundaries: The dynamic of cultural encounters in communitarian education (PTDC/CPE-CED/119695/2010) – a project working with two local coastal communities: Fishing and Multicultural Informal Settlement. She is also co-founder and researcher of EmF (supported by Conselho Nacional de Desenvolvimento Científico e Tecnológico/Brazil); secretary of ISA (International Sociological Association) in the RC54 (Body and the Social Science); and member of GEPEm (São Paulo University), as well as ATINER (Athens Institute for Education and Research). She has developed research in the following areas: (1)Indigenous Scholar Education and the Ethnogenesis Movement; (2)Empowerment of coastal communities, working within Environmental Communitarian Education; (3)Cultural studies, developing an European collaboration into emancipatory environmental education's praxis; and (4)Political philosophy into the current intellectual extractivism's practices. She is currently coordinating the following projects: Partibridges ERASMUS + (in Portugal); Smart Fishing MAR2020.